PAT O’KEEFE, bass clarinet
Pat O’Keefe is co-artistic director and woodwind player for the contemporary music ensemble ZEITGEIST, based in St. Paul, Minnesota. A dedicated proponent of contemporary music, Pat has performed and recorded with noted new music groups around the country, including SONOR, ETHEL, California E.A.R. Unit, Cleveland New Music Associates, and Ensemble Sospeso, as well as San Diego Symphony and Augusta Symphony in Augusta, Georgia, where he was the principal clarinetist for five seasons.

Beyond his activities in Western classical music, Pat is intimately involved in other musical endeavors as well. He is currently a member of the free improvisation group AntiGravity, and has appeared in concert with such notable improvisers as George Lewis, Anthony Davis, Wadada Leo Smith, J.D. Parran, and Fred Frith. He has also studied Turkish music with Turkish Rom clarinetist Selim Sesler, and Brazilian music with master drummer Jorge Alabe. Pat was a percussionist with the Brazilian ensemble Sol e Mar in San Diego, and appears regularly with the groups Brasamba, Batucada do Norte, and Music Mundial in the Twin Cities.

Pat holds a BM (with Performer’s Certificate) from Indiana University, a MM (with Academic Honors and Distinction in Performance) from New England Conservatory, and a DMA from University of California, San Diego. He is currently the clarinet instructor at University of Wisconsin, River Falls. He taught previously at UCSD, Augusta State University, and Georgia College. www.zeitgeistnewmusic.org

MICHAEL LEWIS, tenor saxophone
Hello.... my name is Michael Lewis. Music has been a wonderfully inescapable affliction for the entirety of my life, for which my gratitude cannot be measured. Being surrounded by a musical family and the incredibly vibrant Twin Cities music scene has afforded me the opportunity to play in a great many settings, some of the which by name are: Fat Kid Wednesdays, Happy Apple, Alpha Consumer, Fog, Redstart, Regional Jazz Trio, and Dosh. I have played music in many different parts of the world and will continue to as long as I am able and fortunate enough to do so, and yet I have always held closely the feeling of coming home. I believe the power and necessity of regional art and expression to be paramount in connecting people with themselves and others.... perhaps now more than ever. I believe in the village, and feel truly blessed to be a part of it. www.myspace.com/fatkidwednesdays

GEOFFREY WEST SENN, trumpet
Geoffrey West Senn is a free-lance trumpet player, composer and educator in the Minneapolis/St. Paul metro area. Geoff received his Master of Music from the University of Miami, Florida and a Bachelor of Music from the University of Minnesota Duluth. After finishing up his coursework in Miami, Geoff went on to work for Princess Cruises performing around the world in their fleet orchestras. Since returning to Minnesota, Geoff has developed a diverse performing schedule both as a leader and sideman, performing all over the metro area with groups such as Ingo Bethke, Bellagala Big Band, Cedar Avenue Big Band and the g.west quartet. Additionally, Geoff has built a large private trumpet studio and is currently teaching music courses and the trumpet studio at Anoka-Ramsey Community College.

STEFAN KAC, tuba
Stefan Kac (b. 1982) is a composer and tuba player based in Minneapolis, MN, where he is active on the classical, jazz, and improvised music scenes. He can frequently be heard performing his own music with groups such as The Copper Street Brass Quintet, Ingo Bethke, Consortium of Symphonic Transients, and BronkowVision, and is a frequent collaborator with the improviser Milo Fine.

In 2005, Kac was a finalist in the Minnesota Orchestra's WAMSO Young Artists Competition, as well as being selected to attend Betty Carter's Jazz Ahead, a residency program for young composer-performers held annually at the Kennedy Center in Washington D.C. He is thus far the only tubist to achieve the latter honor. The International Tuba Euphonium Association awarded him their Harvey Phillips Award for Composition Excellence in both 2006 and 2010, as well as a 2008 Roger Bobo Award for Recording Excellence for the Pan-Metropolitan Trio's debut CD "Isolation." He is also a two-time winner of the Eric Stokes Song Contest, a composition competition held annually by Twin Cities/-based new music ensemble Zeitgeist.

Stefan earned a Bachelor of Music in Tuba Performance from the University of Minnesota (2005). He also studied music at the University of Northern Colorado through the National Student Exchange program. www.stefankac.com

KATHRYN BENNETT, violin
A native of Connecticut, Kathryn Bennett first attended Indiana University and then University of Minnesota. At the U of M, Kathryn studied with Sally O’ Reilly and Jorja Fleezanis. While studying at the U, Kathryn won first place in the Schubert Club Collegiate Concerto Competition, and First Runner-up in the Music Teacher’s Nat’l Association’s National Collegiate Concerto Competition. After obtaining her Masters Degree in Music Performance, Kathryn became member of the Civic Orchestra of Chicago, where she was Principal 2nd Violin. Kathryn has been a member of many summer festivals including Tanglewood and Spoleto USA. From 2005- 2007, Kathryn performed with the Verbier Festival Orchestra, both in residence in Switzerland and on several tours to Asia, Australia, South America, and Eastern and Western Europe. In 2007 Kathryn joined the Verbier Chamber Orchestra to tour and record with Joshua Bell. Since 2003, Kathryn has frequently performed and toured with the Saint Paul Chamber Orchestra and the Minnesota Orchestra, and more recently Kathryn performed with the Minnesota Orchestra with two consecutive one-year contracts, and as concertmaster for Bloomington Symphony. 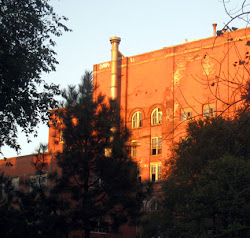 Supported in part by the American Composers Forum through the 2010 McKnight Composer Fellowship Program.